The Mamiya ZD DSLR is one of my very favorite cameras. There are few reviews out there of it online these days, but I feel like this camera really has not been done justice. The ZD DSLR for those who don’t know, is one of the only medium format digital SLRs made as single combined sensor/body unit. Obviously, they are still manufacturers making medium format digital backs and bodies to attach them to, such as Phase one and Hasselblad, but besides the ZD, the Leica S series of cameras are the only ones out there. If someone knows of any others, let me know! This makes the Mamiya ZD very special and quirky, and it is the only one that has glorious 9 micron "fat pixels", with a nearly 645 film sized sensor.‌‌

In my opinion, the Mamiya ZD has a really pleasant "default" color right out of the camera. Of course, we are talking about RAW photos, so really the default is whatever editor you are using that supports the .MEF files, which in my case is Capture One or Lightroom. Oddly, there is a bug with exiftool and Capture One where if you edit the EXIF data of a .MEF file, Capture One is no longer able to see it as a valid RAW anymore! It simply no longer exists to Capture One, which is why I was forced back to Lightroom for some of these shots. I vastly prefer Capture One, especially for the Mamiya ZD. I mostly just hit auto and tweak the output slightly to taste.

There are situations where you do run into the 12 bit depth of the RAWs, in scenes with strong sunlight and shadow you are going to end up with something blown or not recoverable in the shadows.

The color from this camera, espically for reds and rellows, is really tantalizing. It is the perfect camera for sunsets and people, and even though it is a large chunky old medium format DSLR, the 3 auto focus points do manage to be very accurate and while not quite speedy, fine for people moving slowly. I used my Zd to photograph a farmer's market, and it worked great! Sports is out of the question probably, though of course, you could if you really wanted too. The buffer is 11 frames deep, which is actually not bad at all, though clearing that buffer with a UDMA 6 compact flash card takes a long time. Don't use an SD card, it'll be EVEN SLOWER. No SD HC/XC support either.

The ZD DSLR (and its digital back cousin) have a somewhat odd setup where a 14 bit A/D converter reads the CCD, and then a “custom asic” optimizes the data and saves it as 12 bit RAW/JPEG.

Honestly, the 12bit output is not a big issue for me. Many 35mm cameras will drop down to 12 bits when running at maximum FPS, or when using their compressed raw options. The RAW files weigh in at around 35MB, and still have plenty of detail and great color. It is somewhat blasphemy in the world of medium format digital backs that typically support a full 16 bit readout, but I am not sure the FTF4052C has more than 12 bits of dynamic range anyway. Very very few 35mm digital cameras support 16 bits. Sometime in the future, I’ll compare it scientifically with my Sinar Emotion 22 or 54M, both of which uses exactly the same sensor but have a full 16 bit A/D path.

The sensor is covered by a unique removable IR filter, Mamiya part number YB301, which can be switched out for a low pass filter, part number YC301 . I have been able to find references online to an IR pass filter that is just clear glass, the YD301. All the filters come in protective cases that look like this (YD301 pictured, sorry for the resolution...):

To remove a filter, the magazine is inserted into the bottom of the ZD and two little catches nab the filter, allowing you to use the tabs on the side of the magazine to pull the filter out. The bodies will not work without a filter in place, and will display "no filter" on the back B/W test only LCD. My ZD was listed as broken because it was missing the filter, and would not fire or turn on futher. Putting the filter in fixed things, and the entire camera worked like new. I have since put more than one scratch on it...they are supposed to be used!  Once the rear display stopped working for awhile and would only display the white backlight, until I dropped the body off a bench onto the floor and it worked again...

The body is chunky (very) compared to your average full frame mirror less body, and that’s before adding a lens. Basically the only mirrorless body that comes close would be a GFX 100, or maybe a panasonic S1R. Those bricks are heavy. Compared to a sigma fp, it’s massive. However compared to its medium format breatheren, it is actually quite svelte, coming in at 1401 grams with a battery and CF card, vs. 2196 grams (WTF) for a Phase One XF body + batteries, and you still need a digital back attached! The difference integration can make! The story is the same with an older Mamiya AFD, even though those were made of more plastic than an XF is. The Leica S3? a selvte 1230g, but it has a tiny little sensor ;).

I love the controls on this body. They are quite simpler and easy to use. Their is a dedicated mirror up button, lock button, and metering button on the left, which do as they say. The top screen shows the current exposure mode and other data and lets you switch between P/A/T/M as you might expect. The grip is fairly large, which works for me as I have somewhat larger hands. A Sigma fp or Sony Alpha is hard for me to use for example, so if you find smaller cameras fiddly, a ZD may be for you! Carrying it around is actually pretty easy with a Peak Design clutch.

The rear screen? just as simple! The botton rear info screen contains many of the less looked at settings such as ISO and the current file saving mode. As you can guess, the buttons labeled ISO and quality let you toggle between modes without going into menus. Most of the mirrorless cameras these days seem to have lost a few of these buttons, though they make up for that by having actually useful rear screens.

The top rear screen is essentially only good for looking through the menus, and looking at the histogram. Reviewing images is not really possible. Treat it like a film camera, but one where you don't have to wait to see your results when you get home!

Finally, the shutter sound! It is awesome. Not quite. Very different than any other Mamiya 645 I have used, or from a Phase One XF. I tried my best to capture how it sounds:

The Quirks and Lore

If you want this in your inbox, for some reason. 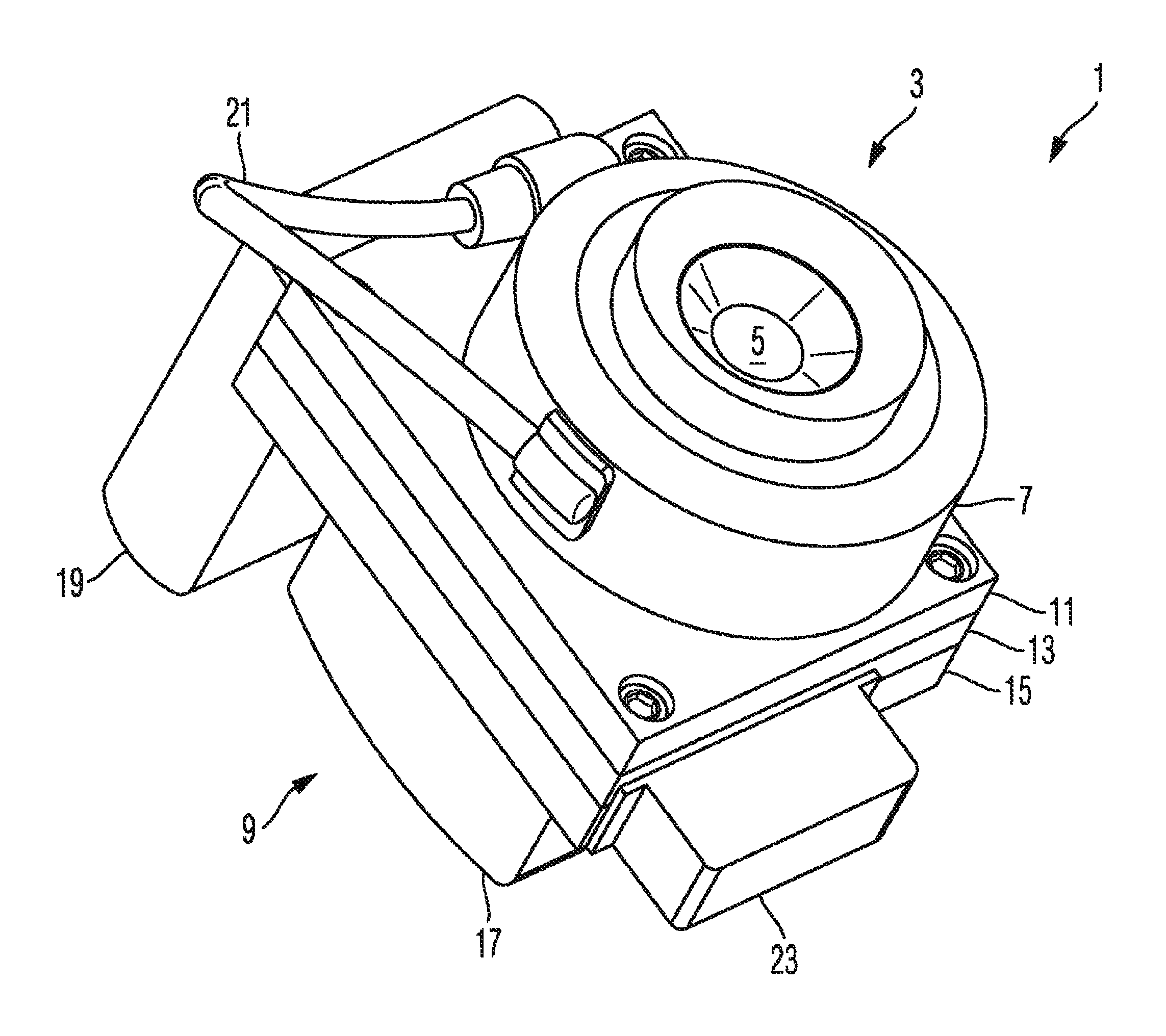 Did you know Rollei built aerial camera using their lenses and shutters, combined with Phase One Digital Backs:  A more recent version: This is pretty instersting, given that Phase one now makes their own aerial cameras and shutters - I wonder how much of Rollei lives on in their current

I recently received the first "real" iteration of my design for adapting Phase One (And Mamiya/Leaf/) Digital Backs to work with the Bronica SQ Line. This one was made via CNC vs. SLS 3d Printing, and so is much stronger, more accurate, and nicer to look at too. The 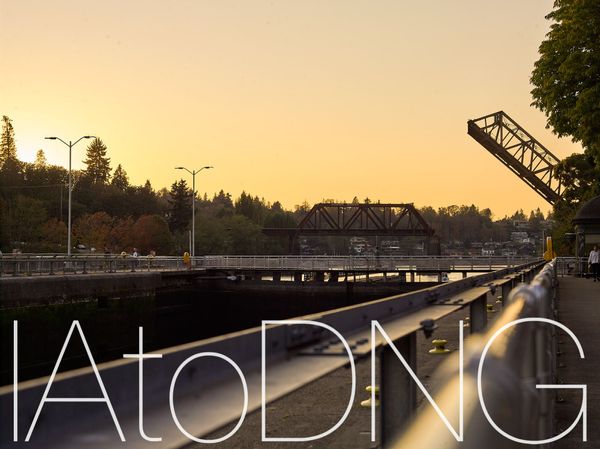 I reverse engineered the raw format for Sinar emotion digital backs, and created a python GUI tool to convert them to DNGs.